It has been a busy month for us here at Optima Training. We are busy finishing off two management team training programmes. We have also just kicked off a large development programme on behalf of a leading food manufacturer. But we have still managed to find some time to put our three new video releases to our YouTube channel. Here are the details:

An introduction to networks and TCP/IP 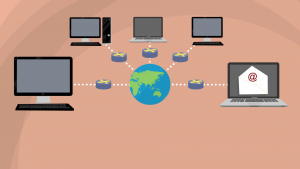 The first is actually a redux of the Introduction to TCP/IP. Whilst networking is not really our thing, this has been one of the most watched videos on our channel since it was released in 2015.

We decided it was time to update the content and give it a bit of polish. This short video introduces the basic network types and describes the language protocols used by the internet.

Introduction to the Business Model Canvas 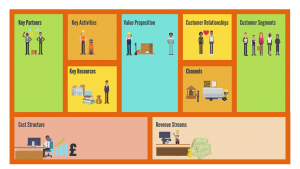 The second video is also a redux, but this time of something more in our wheelhouse –  the Business Model Canvas. Introduced by Alexander Osterwalder and Yves Pigneur of Strategyzer, it describes the nine key elements of your business model, providing a simple and visual way of describing how your organisation creates and delivers value.

We decided to replace the original video in response to your feedback, and the new recut version corrects the distracting sound issue. We took the opportunity to trim down the running time slightly, and to give Mark a shave – the beard was as unwelcome in the virtual world as it is in the real one.

The introductory video summarises each of the nine building blocks that make up the Business Model Canvas.

Introduction to the Operating Model Canvas 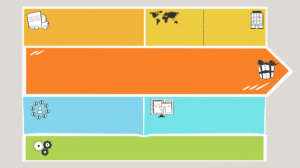 The third and final video release for this month is an introduction to the Operating Model Canvas, developed by Andrew Campbell, Mikel Gutierrez and Mark Lancelott. Building on the work of Strategyzer, it is a visual tool for converting strategy into operational choices.

The Operating Model Canvas consists if six elements. Each are summarised before we outline the benefits of adopting the framework, both to communicate your approach and to underpin analysis of how you work as an organisation.

We hope you enjoy them.